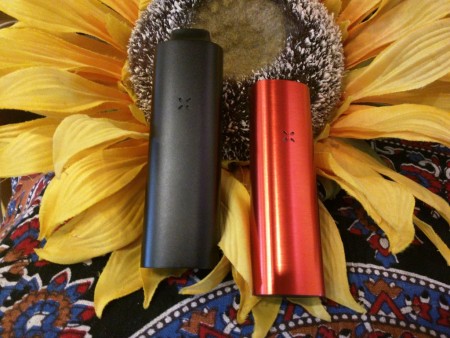 Since its inception in 2012, the Pax has remained one of the most popular and best reviewed devices on the market. Its sleek design, great performance, ease of use and Ploom’s awesome customer service has made Pax a leading name in the industry. The Pax 2, released in March of this year, has addressed many issues users of the original Pax harbored. This article hopes to illustrate the differences between the two devices. 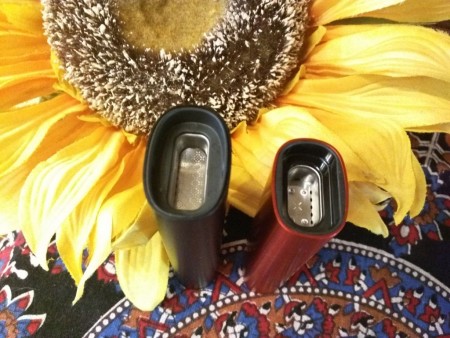 The Pax 2 has four temperature settings with a range of 360F -420F (180C – 215C) compared to the original Pax which had three temperature settings ranging from 370F – 410F (188C – 210C). When setting the device, the lights on the front will indicate the temperature. One light means it’s at the lowest temperature and four lights means that its at its highest. Temperature one burns at approximately 350F when not in contact with the lip sensor, after about twenty seconds the unit cools down to about 310F. When it makes contact with the lip sensor the device rapidly heats up to about 390F. Setting two heats up to 390F. Setting three goes all the way up to 420. And setting four heats up beyond what Ploom states, going up to the approximately 447. The increased temperatures of the Pax 2 can cause it to get quite a bit hotter in your hand than the original, but the mouthpiece on the new device remains cooler than the original unless you switch it out for the included mouthpiece which more resembles the original. The included mouthpiece tends to get quite hot for some reason. 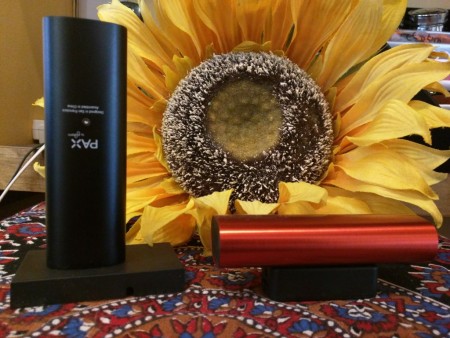 Charging the Pax 2 is much more convenient than charging the original Pax. The mouthpiece of the original had to be taken off and the device had to be plugged in from the top of the device upside down. This method is what led to many of the cleaning and usability issues of the Pax because the built up material in the device would run down the device’s chamber into the mouthpiece. The method of charging is completely different on the Pax 2. The device has a magnetic charging strip on its side. The device comes with a panel that plugs into any USB port, and to charge the device, all you have to do is lay the Pax 2 on the included charging port.  This allows for much easier use while charging as well as less hassle all around. The battery, however, does take a little longer to charge on the Pax 2, but you can use the cord from the original Pax with the Pax 2 to decrease charging time.

The Pax and Pax 2 are both great devices. The original Pax is still available on the market and has seen a price cut. Both devices are session vape pieces with intended use being 10-15 draws over the course of 10-15 minutes. They are fun devices and great for passing around between friends. There is a mysterious party lights feature which you can read about here. Pax is great for portability and outdoor use where you don’t want to be fiddling much with temperature or maneuverable pieces. The new features of the Pax 2 are significant enough that we at Sunflower Pipes generally steer people towards this device over the original, but if you are looking for a great device at a lower cost, the original Pax is still a great choice.

Sunflower pipes is an authorized Pax retailer. You can pick up both the Pax and Pax 2 at our online store or in our Bushwick located shop in Brooklyn, NY.